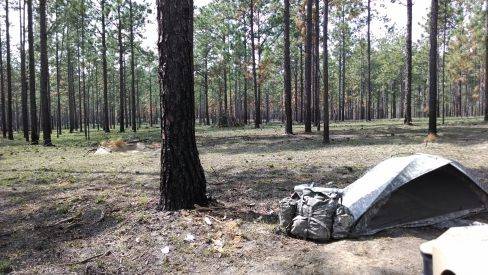 For those of us that felt like the military was our first real shot at feeling a sense of belonging, part of a family, or part of something greater than ourselves, transitioning back to the civilian world is a challenge in itself. I had never felt more accepted or further from being alone than when I was in the military. Even in those moments when I was physically alone I knew I had people to call.

There is a book written by Sebastian Junger called Tribe: On Homecoming and Belonging that explains the bonds that existed in Native American societies. These same bonds are present in the military, especially during times of war. From my experience as a soldier and as a veteran of a foreign war, I was able to see these bonds occur firsthand. In Afghanistan I was able to see how close people could become when thoughts about race, gender, class, religion, etc. were eliminated from the equation.

Once you experience this connection it becomes difficult to re-enter a society where there are so many prejudices and hate rooted in difference. People refuse to cast aside opinions or beliefs and continue to live with a severe and obvious disconnect from the very thing that makes a community really thrive – but in the military, we learn to rely on one another by casting away the things that don’t matter (race, gender, religious preference, political views) when it comes to surviving.

That is what I miss the most about the military. That is what I miss the most about no longer being within a combat zone. When I returned from my deployment to Afghanistan I was incredibly lost and wanted nothing more than to be sent back. The friendships and bonds I made while in theater felt more loyal and more real than any other I had made in my life up to that point. I genuinely believed that the men standing next to me would look out for me and on numerous occasions they proved this. I trusted the guys I spent countless hours with in guard towers, at gates, or in the motor pool.

None of my civilian friends understand why, to this day, I still think about how I’d rather be on deployment or back in the military. I struggle to find the words that explain why I felt more comfortable being in a combat zone, instead of at home. For years, whenever I was asked to explain this I would always refer to the Hurt Locker and reference a scene towards the end of the movie when the character has returned home from combat and is standing in the cereal aisle at the grocery store, unsure of what choice to make.

I went from living on a FOB where my days were driven by tasks and schedules to suddenly being home where I was immediately thrown back into the life I left behind. The expectation seemed to be that you should just blend right back in as though you never left. I was suddenly required to figure out what groceries to choose, what day to pay my bills, what time to tune into a TV show. I was suddenly expected to be a wife again. The reality was that I struggled to find my place and all these “things” seemed like insignificant aspects in my life after living in a combat zone.

Leaving work every day to return to an empty apartment was far lonelier than being thousands of miles away from home. Even after the deployment ended a number of us remained close, though, we were never as close as we were when we were in foreign territory. But still, we had a special bond. Then a number of us got out of the military and while we tried to stay close, many of us struggled to adapt. We did our best across great distances to care for one another, but it felt like our little family (our “tribe” as Junger would say) had been torn apart.

I heard about more soldiers committing suicide once they had left the service than when they were still serving. Granted, there were a few occasions when that did happen, but most of the time it was after that soldier had spent some time back in the civilian world. And for those that experienced trauma during their service, a number of them didn’t seem to be afflicted by things like PTSD until after they got out. For many of my friends, the real suffering from things like depression and anxiety didn’t surface until they felt like they were completely isolated and battling their pain alone.
Upon returning to a civilian life I was reminded just how lonely and depressing of a place it is. Especially after you had the opportunity to experience a bond like the ones that form during war. For me, while I was in the Army things didn’t seem to always make sense, but there still felt like there was some system hidden within the chaos. You expected things to go a certain way, therefore you planned for it. And in any moment you found yourself in a world of shit or trekking through Hell, you could expect to have someone to experience and “embrace the suck” right alongside you.