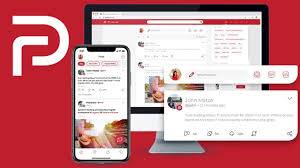 In the environment of the post 2020 Presidential election where many social media users experienced a rise in censorship and the reduction of free speech there has been a surge in user sign ups for  Parler which is promoted as the “conservative” social media platform.

Parler reports close to 2 million users and is growing in popularity, since 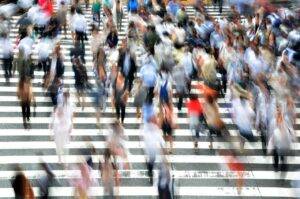 Parler’s user experience is very much like Twitter’s in format and function and like Twitter, Parler users can follow others and engage with public figures, news sources and other users. A user can post a “Parley” that can contain up to 1,000 characters and users can search for hashtags, make comments, “echo” posts (similar to a retweet) and “vote” (similar to a like) on posts. There’s also a direct private messaging feature, just like the other major social media websites.

Parler’s main selling point is its claim that it embraces freedom of speech and has minimal moderation, focusing on the alleged censorship and blocking of more conservative political content by Twitter and Facebook.

People are also flocking to Parler because the platform claims to moderate content based on the American Federal Communications Commission guidelines and Supreme Court rulings rather than “third-party” or “editorial board” policies that have been shown to be biased. Parler’s current approach is to leave it in the hands of other users to “organically” fact check the content on the platform which attracts users turned off by the regulations of larger social media platforms.

Should Parler be Part of your Business Social Media Strategy

From an internet marketing standpoint, since the goal is to place your products or services in front of the largest “targeted” audience as possible, I would say that Parler is a tool you should add to your toolbox if you already have the basic tools covered (Facebook, Instagram, Twitter etc.).

If you have your other platforms set up and you have the time and energy to also include Parler as part of your syndication efforts, then it makes sense to explore this new option.

Obviously the other reason to set up a Parler business account is if you are finding that your products or services are being censored on the other platforms.

Firearms for example, are highly censored on many platforms so if this is occurring to you then a platform like Parler gives you another audience stream to tap into.

Also if you are taking advantage of syndication tools, Parler is beginning to be included along with the main social media platforms as one of the platforms you can curate to so once your account is setup its just a matter of including the link in your syndication efforts.

Too Early to Tell

As Parler continues to gain users and goes through the normal “growing pains” of most social media platforms, it remains to be seen how a business owner can use it to monetize their business.

Unless you are having trouble finding an audience for your products and services on the major platforms or as a business owner, you have philosophical reasons to abandon the other platforms then at this point Parler should be used as a supplement to your other social media efforts rather than the main focus of them.

Parler has the potential to become one of the leading social media platforms in the future, but until the user levels start to match those of the social media leaders then remain focused on where you largest potential internet customer base  is coming from.

For questions about your website or social media efforts you can email me at ownedbyvets.com